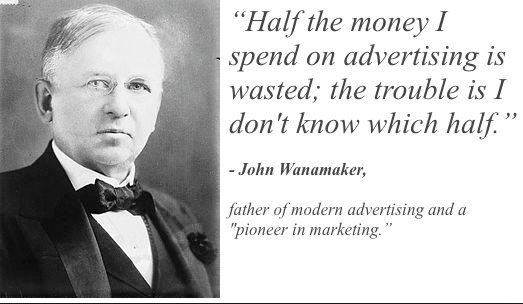 New research from CSO Insights suggests that the day may have come for sales. In their annual Sales Performance Optimization study of over 1500 companies across multiple industries, CSO found that the accuracy of sales forecasting fell to a near all-time low of 46.5%.   Or as John Wanamaker might say; “Half of your sales efforts are wasted, you just don’t know which half. “

And since the forecast, defined in the study as near-term (30, 60 and 90 day), is an output of the sales pipeline, one could also conclude that half (or more) of the pipeline is “junk.”

With the wide spread adoption and utilization of CRM (84% of the firms surveyed), marketing automation, and analytical forecasting tools, the question is how can this be?

Here are some thoughts on why this might be happening, and five tips to help you improve your forecast. 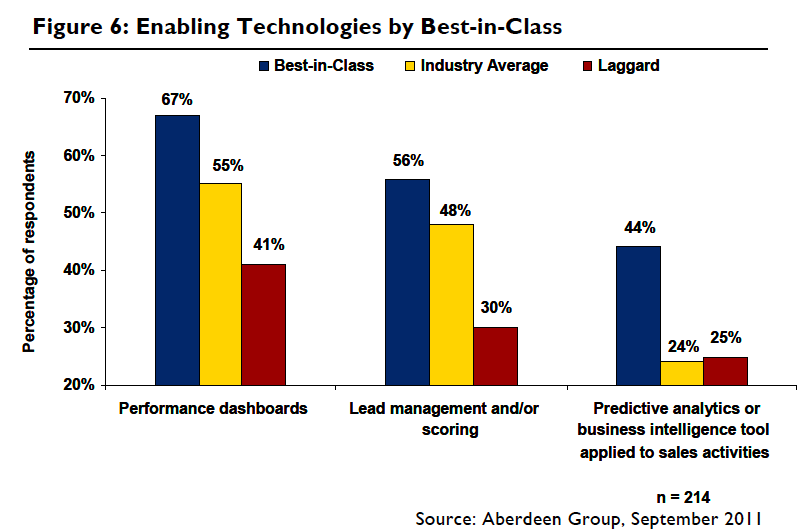 Of all the options, perhaps the best lever for impacting accuracy is the rep.  As Ashish Vazirani, a Principal in the Hi-Tech practice of the sales consultancy, ZS Associates says;  “A sales person needs to be coached, or apprenticed on how to discern and input the right information for accurate forecasting. Technology can make us lazy and reliant on the tools to do the thinking, we need to emphasize the importance coaching plays in keeping the garbage out of the system. ”

Helping the troops become better soldiers through coaching should help improve the accuracy of the forecast.  As well as, implementing the tips mentioned above.  But you may still find that half of the pipeline is wasted, but hopefully, unlike Mr. Wanamaker, you’ll understand which half.

This post was recently featured in an article on MarketingProf’s

Pipeline slowed to a trickle? Opportunities backing up, lead-to-close time seem like forever…yea, welcome to the recession. With customers delaying and/or postponing decisions altogether the ol’ pipeline ain’t what it used to be.

I hope this helps. Unfortunately, it looks like we’re going to be stuck in this situation for all of 2009. Be strong…the bad times, just like the good times, don’t last forever.

The promise of a “performance-based” contract or a “risk sharing” agreement sounds so appealing on the surface but does it really live up to its lofty billing? Do customers really only “pay for performance”? And/or get what they are paying and if so, what does it take to make that contract work?

The Promise
The concept has been around for many years and has been used successfully in the Public Sector and Health Care industries. Additionally, it has also been a very successful way to sell certain commodity products. More recently it has caught on with companies providing web and tele services.

Research on the prevalence of this pricing model shows that in marketing, online marketing services are dominated by “pay for performance,” especially in the area of search and advertising.

This trend is also carrying over to non-web based lead generation services like teleprospecting. With companies offering performance-based or risk sharing models, it seems like a good business decision when spending precise and sometimes hard to track marketing dollars.

But not so quick! It does sound good on the surface but read on to find out how it can go wrong.

“At Risk” Contracts
I recently had the opportunity to assess an outsourced lead generation program for a Fortune 500 company. The CMO of the organization was frustrated with the performance of the vendor and was close to terminating what had been a relatively successful 5 year relationship. Before that occurred, she asked me to assess the operation and the performance of the vendor, including the new Performance-Based Contract with an “At Risk” clause… recently forced on the vendor.

After visiting the operation and evaluating the program I concluded that:

The interesting part of the story that the CMO didn’t realize was that the vendor had 5 years of response data (by campaign, tactic and channel) including lead conversion rates by campaign type. The vendor also had very precise and predictable conversion rates for each stage of the pipeline. It was only a matter of flowing the right volume of responses from campaign activities into the top of the pipeline to create the number of leads needed to meet the target. All very predictable and a perfect set up for a performance-based contract, right?

Except there was one major problem…guess who was supposed to create the responses? That’s right, the CMO’s marketing team.

This tele-qualification program was an inbound group that qualified responses coming from the client’s marketing efforts. Unfortunately, the client was not producing enough response for many reasons: under performing campaigns, inconsistent campaign activity with some months being totally dark, etc.

What is a vendor to do?
They start running their own campaigns to fill the gap because they don’t want to see their fees get hit. Here’s the not so funny part — their marketing campaigns start outperforming those of the client. Ha, Ha …the client is paying the vendor to follow up on their campaigns’, the only problem is that when they do the vendor loses productivity.

The vendor now doesn’t want to follow up on certain campaigns that it knows will be produce less than 10% response rates (because its own programs are producing 14%). Keep in mind the vendor owns 5 years of campaign response rate data it also can predict the lead yield from the client’s campaigns and so it begin to decline to participate in certain campaigns.

The vendor has now turned the tables on the client and is actually holding the client to its own version of a “performance-based” metric for campaigns, except it doesn’t tell the client that and it appears to the client that the vendor is now not only underperforming but also hard to work with because it doesn’t want to do certain things it knows are of low value.

Are you starting to see the mess?

Making it Work
First, create a real partnership with your vendor. Don’t put them in a situation where the performance clause of risking fees is used as a threat. A true “At Risk” model can be very appealing to senior management but may make the day-to-day vendor managers life a living nightmare.

If you decide to create an “At Risk” clause, be willing to add the “At Reward” clause as well. I’ve seen plenty of companies go for the fees at risk but balk at paying for performance that exceed targets. If you’re not willing to pay for the upside then don’t bother with the downside.

Finally, performance-based contracts can be a win for everyone just know that a vendor can’t do it all by themselves. It takes two to dance “the high performance dance” and if you’re not willing to do the “Tango” the dance can turn ugly. You start stepping on toes, tripping over each other and dancing to a different tune. I’m talking real ugly…think Jerry Springer on Dancing with the Stars.