A few weeks ago, I participated in an interview with CEB‘s new Marketing Solutions group. The focus of the article, as they described it, was to “understand what it takes to have a healthy client-agency relationship.”

The article was published in their July monthly newsletter to members. CEB was kind enough to allow me to share an excerpt of the article with my readers (see below).

Additionally. CEB is now providing execution support on B2B go-to-market messaging and content creation. They’ve partnered with select agencies, like gyro, to offer engagements that help create messaging and content that reflect the latest insights from CEB’s B2B buyer and best practice research If you’re interested in learning more, send me a note. 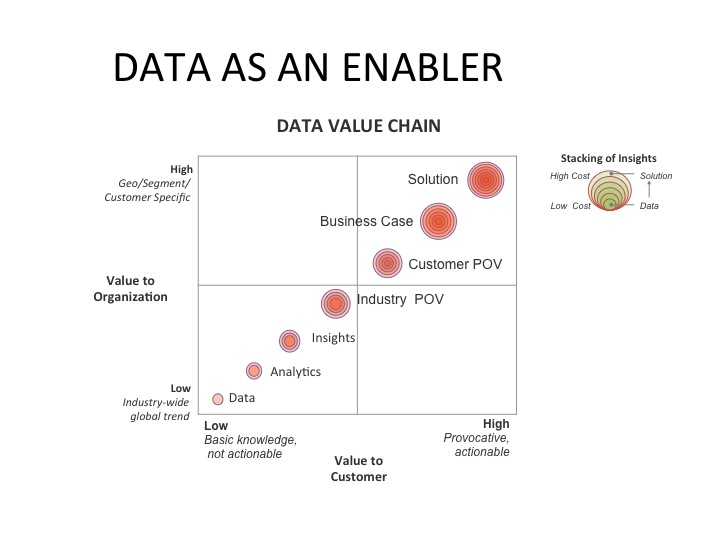 Given our average deal size we used to think we needed to have a scaled down offer to get a foot in the door. Once in, we could then grow the account. We were wrong.

Considering the current economic situation, I know that many companies may be tempted to come up with a “door opener.” A subscale and/or entry level product/service intended to get a foot in the door with a new client and/or a new business division.
You’re also probably thinking about going down market into smaller accounts. Although this shift may help satisfy short term revenue needs it will do little to nothing in helping grow your business. Most likely those accounts will not expand and/or even be retained next year. Here’s how I know. Looking back at the new accounts acquired over the last four years we found some interesting trends and confirmed some things that we knew intuitively (click on the image). When we measured the value of customers in their first year against the average time spent engaged with the client a few key insights emerged.
First, three “clusters” of accounts emerged;
Let’s start with the bottom and work our way up. Customers in cluster 3 had an average value of $150K. Accounts on the lowest end of the spectrum in the “One and Done” zone” (under $10K for example) were “workshop”…our “foot in the door” offer. Guess what, of the 8 that fit that description zero, zippy, nada, grew beyond the initial workshop. The other bad news…only 2 accounts led to follow on work and no company in that grouping was retained the following year.

I was speaking with Larry Emond, CMO of the Gallup Organization the other day and he mentioned that they saw a similar trend; “We found that only 4% of customers who were acquired under a certain price point grew to be substantial customers.”On the other end of the spectrum are the occasional customers who are big right out of the gate. The “Rare Birds” zone in cluster 1 includes those few customers who start big and for the most part remain large customers YOY. The key to success with this cluster is that they had/have a tendency to have a need for multiple service lines and/or desire a complex solution. This group was looking for a strategic partner versus a vendor for an immediate need. Year over year retention was also good at over 50% and if they used multiple services lines it was almost a sure thing they be retained….and grow.

As Larry also mentioned; “Our big customers today came in as big customers…”. We’ve had the same experience and have grown our top 5 largest accounts by an average of 90% over the last two years.

Customers in cluster 2, the “Sweet Spot” represented the best of both worlds. Although their value was not as high as the “Rare Birds” they were more plentiful. They also had higher price points, high percent of follow on work and YOY retention than the “One & Dones.” Retention rates although not as high as the “Rare Birds” was good (a little over 33%). Bottom line – they represent the model that we need to build our coverage and services bundle against. We have also realigned our resources to help account development/retention activities against this group.

Why do low price point and short engagement acquisitions perform so poorly?

We discovered five main reasons for this:

So as you are thinking about 2009 focus on aligning resources and efforts on;

Because at the end of the first engagement…a foot in the door just isn’t enough.