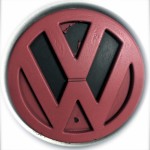 The Volkswagen scandal has already claimed the CEO. But could the damage also take down the company, or be the nail in the coffin for diesel automobiles in the US? Some are starting to think so: VW stock has fallen 30 percent since the scandal broke, and there are broader concerns about the impact on the reputation of Germany’s automobile industry. How could something that has the potential to be so damaging to an organization, and industry, happen?

At some point, someone in the VW organization decided to cheat, and others within the organization approved that decision. And with that, it set in motion a chain of events that would reach across the organization. Someone designed the “defeat device” that could sense when the car was undergoing emission testing; another group tested the software to ensure it was working properly. Others submitted data to governing organizations using the deceptive and/or outright false data and so on (you get the picture, and it’s not pretty). VW’s corporate culture condoned this behavior.

“Big deal,” you say. “Things like this are probably going on in big global corporations all the time, all over the world. CEOs are out to win at any cost.” Not so fast. Research from the FORTUNE Knowledge Group and gyro found that sixty percent of executives prefer to do business with companies that are intent on doing what’s right, even when it doesn’t necessarily maximize revenue.

Not only will VW take it on the chin from consumers – especially customers who own their diesel cars – but they are also going to feel the repercussion on the business side as well. Key decision makers, from suppliers to dealers, are going to be distancing themselves from the organization. This could potentially hurt the company’s ability to repair its reputation, which, according to a 2013 study by Deloitte, is the “number one strategic risk for large companies.”

The lesson: If you cheat, you will eventually get caught. Even though you may be able to avoid punishment (like a certain football player), you will not escape having your brand and reputation damaged. For some brands, that could represent up to two-thirds of the company’s value.

When an organization deceives us, they betray our trust and it’s deeply personal. It doesn’t matter if it’s a friend or a car manufacturer, our brains trust brands the same way we trust our friends, according to research from the Institute for Experimental Business Psychology at Leuphana University in Luneburg, Germany (of all places).